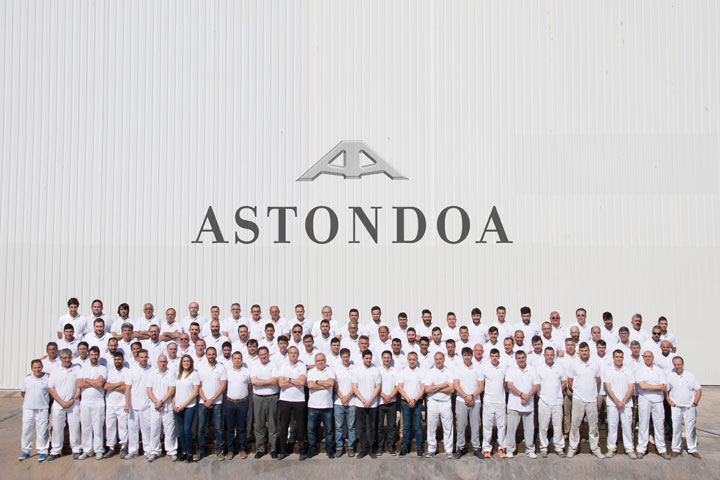 Plenty of companies pledge that customer satisfaction is their number-one concern. Plenty of those same companies surely do a good job of prioritizing clients. But is “good” really good enough? After a recent experience where I saw guests at a corporate event treated in quite an unusual way, I firmly believe there are easy ways to be “great.”

Astondoa, a Spanish shipyard, celebrated its 100th anniversary this summer. I was among a number of media invited to participate in the festivities, many of which revolved around epic dinners that put elaborate weddings to shame. (Seriously: We jet-lagged journalists left at 2 a.m., and the food and drinks were still flowing.) The wedding analogy is deliberate. It wasn’t the constant serving of plates that amazed us, it was the feeling of being at a family party. The head of the shipyard was every bit the proverbial proud papa, personally greeting guests as they walked in the door.

There was even a band, with random guests springing to their feet to dance, sing, and clap along. It turns out that not all of the guests were the shipyard’s customers, though. Some were the craftspeople, as we journalists found out upon seeing them during a tour of the shipyard facilities. When’s the last time you heard of a company putting its workers and customers together in a party atmosphere like this? And when’s the last time that same company produced a book with a whole section profiling various employees? The point Astondoa was making: Everyone, from our clients to our craftspeople, are our family. Furthermore, everyone, from our craftspeople to our clients, are integral to our success.

One of the best books I’ve ever read is Good to Great, by James C. Collins. It’s a fascinating examination of how some companies go from being good to truly great, while others never achieve those results. One of the points Collins makes is so simple, yet so profound: “Great vision without great people is irrelevant.” Corporate leaders who go from good to great, he says, realize the destination isn’t the top priority; having the right people aboard is.

Here’s what he wrote in Fast Company magazine when his book was released in 2001:

When it comes to getting started, good-to-great leaders understand three simple truths. First, if you begin with “who,” you can more easily adapt to a fast-changing world. If people get on your bus because of where they think it’s going, you’ll be in trouble when you get 10 miles down the road and discover that you need to change direction because the world has changed. But if people board the bus principally because of all the other great people on the bus, you’ll be much faster and smarter in responding to changing conditions. Second, if you have the right people on your bus, you don’t need to worry about motivating them. The right people are self-motivated: Nothing beats being part of a team that is expected to produce great results. And third, if you have the wrong people on the bus, nothing else matters. You may be headed in the right direction, but you still won’t achieve greatness. Great vision with mediocre people still produces mediocre results.

How does this relate to customer service, and to Astondoa? Astondoa’s management realizes that the company would not be here today, 100 years after it started, without the right people behind the scenes. Those people aren’t all in the corner offices, either. They’re the welders, the fiberglass layers, the carpenters… all of the individuals whose pride leads to them taking ownership of their work. And that kind of pride deserves to be seen be front and center by the customers.

So the next time you start thinking about customer service, begin with “who.” Who are the people behind the scenes? Meaning, do they need motivation to achieve? If the customer-service experience is less than stellar, you have your answer.