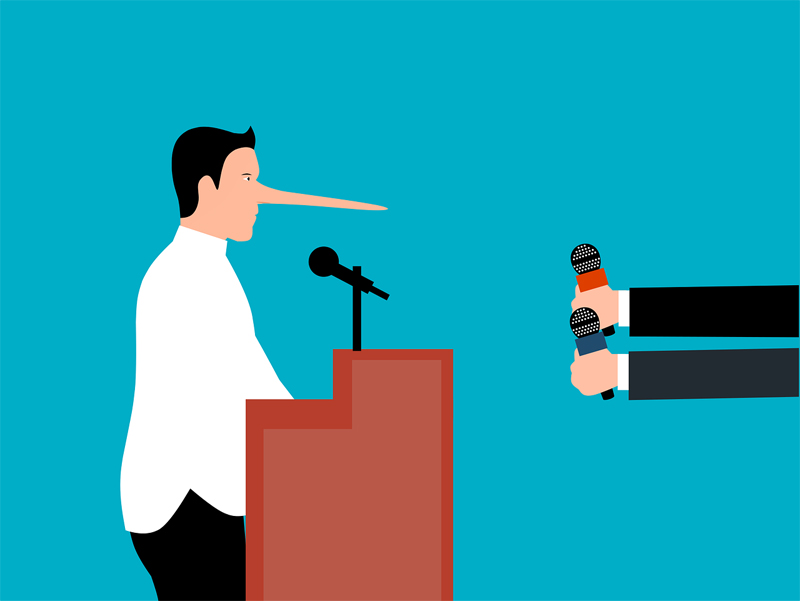 Surely you’ve heard about the controversy surrounding Congressman-elect George Santos, who tried to explain away his behavior as “having embellished my resume.” In fact, many of you have reported, and continue reporting, about it—but are buying his claims of hyperbole hook, line, and sinker. Do yourself, and the public, a favor. Understand the difference between lies and embellishments. As a fellow journalist, who like you earns a living by properly using words, I have a few examples to help you figure things out, using his self-described “embellished” accomplishments.

Oh, and one last bit of advice if you, like Santos, ever get caught by fellow media in lies:

When your attack-dog lawyer calls the journalists who broke the news of your lies “enemies… who are attempting to smear his good name with these defamatory allegations,” make sure your lawyer actually understands what “defamatory” means.