Let’s do an experiment. Look at this photo for a few moments: 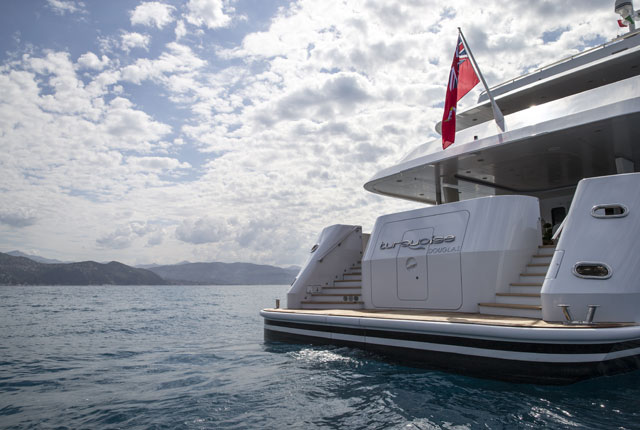 And now look at this photo: 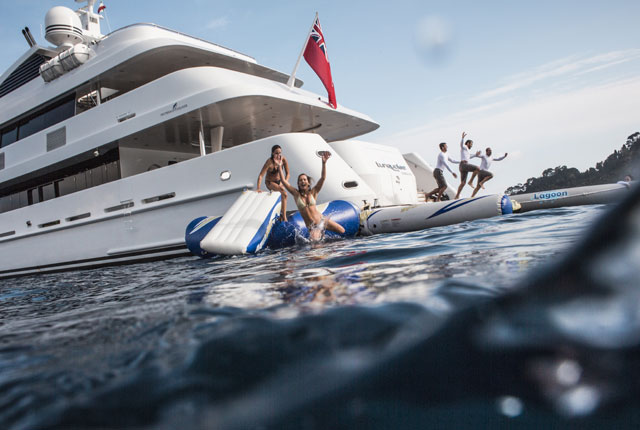 Which one says “fun” to you? Which one makes you want to be there?

You don’t have to know anything about yachting to decide in an instant that the second photo is far better at doing both. In fact, frankly, the first photo doesn’t really say anything to me, and probably you as well, except for “pretty” or “beautiful.” Because it is indeed a beautiful shot… but elicits no emotional connection.

And therein lies one of the biggest problems I see in the luxury yachting industry. This business is really good at promoting itself as a product industry, but falls far short at selling itself as a lifestyle industry.

I recently discussed this same issue in the monthly MegayachtNews.com newsletter that I produce. I wrote:

Flip through the pages of your favorite yachting magazine—heck, click through any of the pages of MegayachtNews.com—and you’ll see plenty of yachts, but rarely people aboard. While I am receiving more photo packages with models these days, I’ve actually opted for the empty-room shots on occasion. Some of the images have been akin to a fashion shoot for Vogue, with models looking so posed that they’re unnatural.

Some of you on both the business and the ownership sides of yachting have shared similar thoughts with me in recent years. I can’t imagine we’re in the minority anymore. So, for the rest of you: Do you want to see vast, open decks, or do you want preschoolers putting trampolines to good use? Do you want garages packed with watertoys, or do you want guests flying down waterslides? Do you want impossibly good-looking men and women sitting across from each other, with no emotional connection, or do you want a couple dipping their toes in the water off the swim platform?

Like anyone’s first-time attempt, some companies haven’t quite hit the mark right with models. The image below is one example: 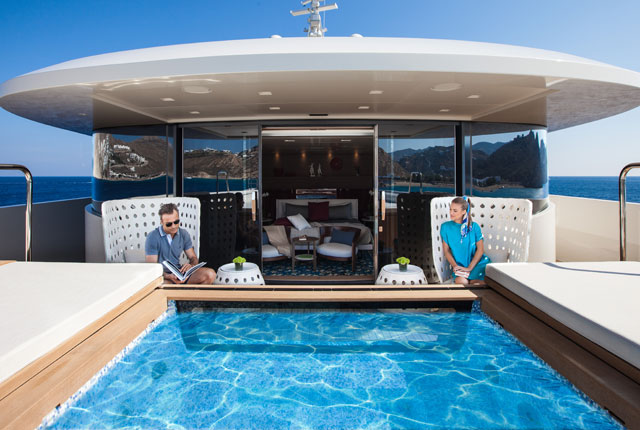 It may be hard to see their facial expressions here. However, their body language says it all. His attention is on his book. The physical distance between them heightens the emotional disconnect, too. 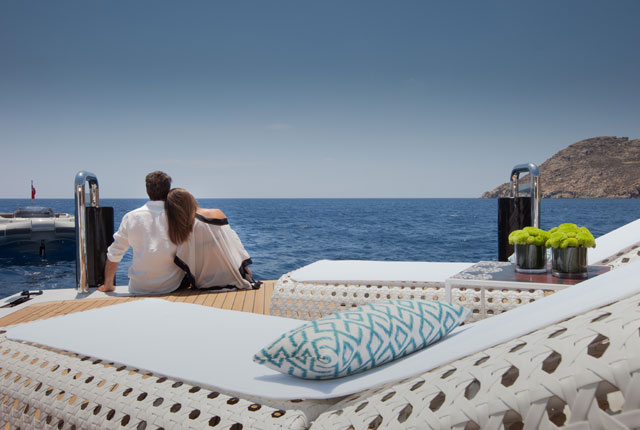 This happens to be one of the best shots I have ever received from a yacht builder. I love it. It says it all: romance, relaxation, natural beauty.

So, if you want to inject some life into your lifestyle shoots, here are some quick tips:

1. Populate the picture. Repeat after me: No more empty rooms, and no more empty decks. Yes, models are expensive (see #5 below), but so is a yacht! You may not even need professional models. Show a crewmember setting the dining table, or launching the watertoys. I know a photographer who hired his neighbor’s teenage daughter for a photo shoot that has gone on to appear in ad campaigns and editorial features.

2. Communicate. Tell the photographer you want the models to look natural, not like they’re on the runway. (Never gave a photographer direction before? Start. Their goal is to make you happy, after all.)

3. Encourage the models to “smize.” “Smize” is a phrase used by the famous model Tyra Banks, meaning “smile with your eyes.” It creates intensity, and connection, for the camera.

4. Ensure the people exhibit personality. Want a client to commission a yacht or a design from you? Want them to tie up at your marina? Make sure the models look like they’re actually having fun. Look back at the second photo toward the top of this post. Would you rather see that or the models simply sitting on the edge of the swim platform?

5. Budget accordingly. Geographic locations play a part in how much models charge. Generally speaking, professional models can earn a few hundred dollars per hour. Don’t skimp, as you’ll get what you pay for—akin to your clients going to the local big-box store for galley cabinets rather than having your joinery shop create them.