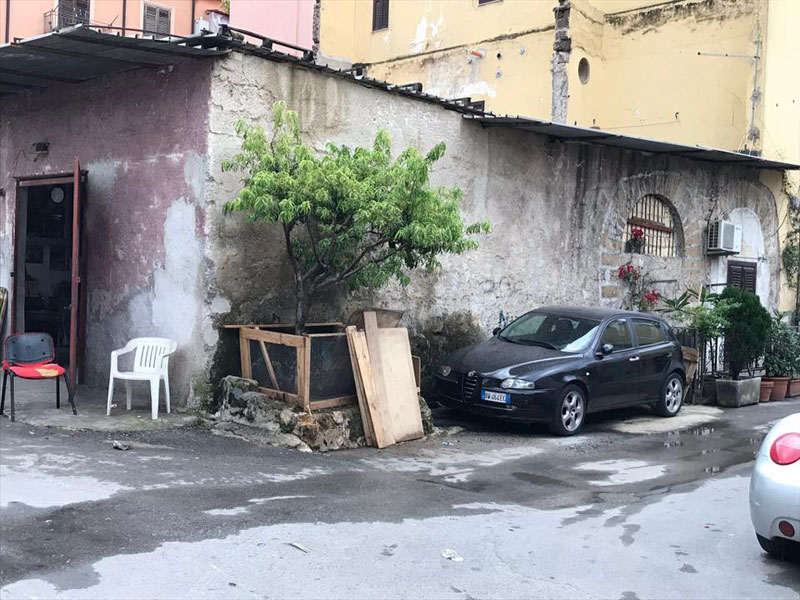 At a young age, I knew my sister and I were Irish and Italian. Because I didn’t quite understand how ethnicity worked, though, I used to tell people that I was Italian and she was Irish. It made sense to me: I loved the Italian foods our grandparents cooked, like scungilli and pasta con le sarde, more than she did. Plus, everyone said she had the map of Ireland on her face, given her porcelain complexion, freckles, and blue eyes. (On a related note, all these years later, Ancestry.com has proven me partially correct. I have a whopping 3 percent more Sicilian DNA than she does.)

As far back as I can remember, I loved spending time with my grandfather in particular. He was a fantastic cook, and he’d teach me the Italian words for foods when I’d beg for a taste—also before he’d tell me the English words for those same dishes. He was born in Sicily in 1903 and came to the United States as a boy, which fascinated me. While I don’t know exactly how old I was when I learned this, I certainly was pretty young. In fact, as far back as I can remember, I was proud to carry the heritage. I didn’t know the half of what he went through to get here and survive and thrive, but I was proud of him, too. I told myself that one day, I’d go back to where he grew up.

That day came in October last year—October 19, to be exact. I was on a long-awaited, two-week vacation in Italy and had just arrived in Palermo, the city of my grandfather’s birth, that afternoon. I knew a lot more—way more—about his experience immigrating to the United States, thanks to my mom. In some ways a classic immigrant story, his parents decided that with World War I breathing down Italy’s neck, it would be wiser, and safer, to take a ship and move to America. They weren’t wealthy by any stretch of the imagination; few Sicilians were. They didn’t speak a word of English, either. Plus, my grandfather was just 11 years old, their only surviving child; the other children, 12 in total, all died before the age of 2. And, while one of their own parents was still alive, she was too ill to make the journey.

I share all this because without my family, I would be nothing. If my great-grandparents hadn’t made the decision they did, I wouldn’t be here. You wouldn’t be reading this story. And so many of you wouldn’t be nodding your head in understanding exactly what I’m talking about. Because you can relate to the experience of my grandfather, and perhaps even my own from my childhood.

The photo here is roughly where my grandfather’s house once stood, on Via Conte Ruggero. Destroyed, we believe, during the war, it was the house of his mother’s parents, Luigi DiMaio and Antoinette Palumberi. I took the picture on that October day last year. The street was quiet, and a thunderstorm was looming. While I didn’t stay long, I did long enough to whisper a word of thanks to my grandfather. I wondered, too, what he would think of his neighborhood today, still characterized by narrow streets but a stone’s throw from shops selling Gucci and other high-ticket items. A far cry from what Palermo was like at the turn of the 20th century. And, I wondered what he’d think about his granddaughter: what I turned out to be, and what I was doing with my life.

I knew he’d be proud; he always was, as grandfathers are wont to do. But part of what I now do, which is help people tell their stories—their personal family stories, at that—is all thanks to him.

Without our families, we would be nothing.