I spent the early part of my career writing about children’s health, for a now-defunct series of parenting magazines. Much of the freelance writing work I do today is centered on boating and yachting. So it was a lot of fun when Southern Boating magazine asked me to write a feature article about raising your kids to become active in the boating lifestyle.

In fact, despite spending four years fully immersed in the physical and mental capabilities of children from birth to the teen years, and spending more than 20 years covering the yachting lifestyle, I found I learned a whole lot.

For starters, whoever feeds our local TV and newspaper staffs with information that kids prefer their video games to the real world have clearly never spoken to a boat-owning parent. There are plenty of boys and girls who not only actively boat, but practically arm wrestle their siblings to tackle tasks related to the boat. Case in point, the eight- and 11-year-old sons of one father I interviewed. He and his wife regularly find themselves reminding the boys to take turns when it comes to seemingly mundane things like line handling. 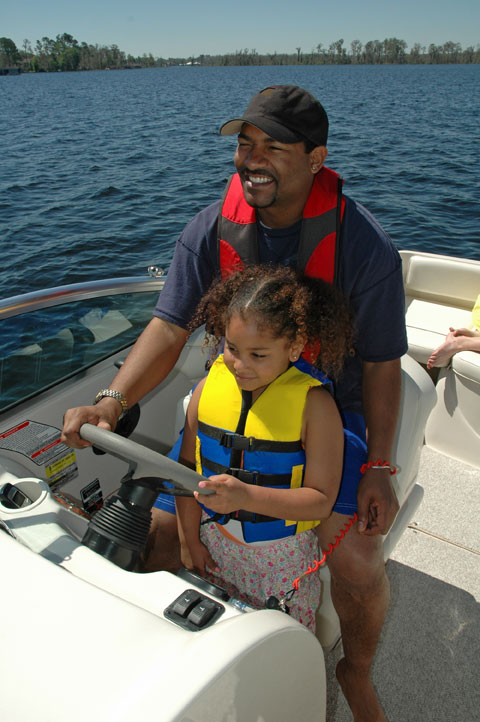 I also learned that, even if your state requires your child to pass a proficiency exam before he or she can take the boat out alone, children as young as four are encouraged to start learning all they can. The U.S. Coast Guard has a special program for preschoolers, and thousands of national and local boating programs exist across nearly every states.

Best of all, I learned that regular studies show these kids aren’t alone. The National Marine Manufacturers Association, a leading industry organization, compiles some significant boating-related statistics each year. In its last report, covering the year 2013, the organization found that nearly eight out of 10 adults who boated that year had also done so as children. Furthermore, and not surprising, the report found that people who enjoyed the lifestyle as children were more likely to do so as adults, too.

Want to learn a few more pointers that you can put to good use? Check out the June edition of Southern Boating magazine, or download the article, titled Raising the Next Generation.